Expeditions, formerly known as shiphands, are instanced extended sequential qests that can be repeated and are scalable from one to five players. 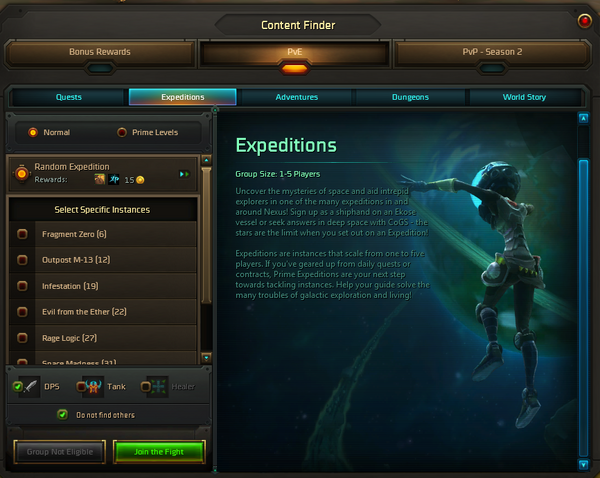 Not only do more powerful items come at higher Prime levels, the reward multipliers on Primal Essence gains increase as well—10% added bonus per Prime level. As a refresher course, Essences are what allow you to enhance your character through the Primal Matrix and progression through the matrix increases your Heroism Rating—each Prime difficulty is assigned a recommended Heroism Rating to give you a sense of suggested character power relative to the difficulty of the content.