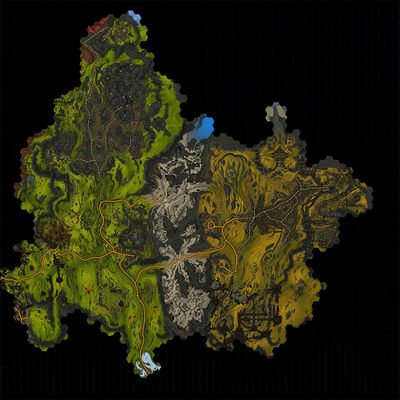 War has descended upon the windswept plains of Galeras, where the Dominion's Crimson Legion has launched surprise attacks against Exile settlements. Despite their best efforts, the Free Companies of Nexus have been driven back to the ancient ruins of Thayd, where Exile refugees seek protection within the long abandoned city. As FCON forces scramble to regroup, pounded by constant artillery fire and aerial attacks, the Dominion cuts off vital supply lines, leaving those hiding behind Thayd’s walls hungry and desperate.

Meanwhile, the townsfolk of nearby Tempest Refuge face a siege of their own behind hastily constructed barricades - all that stand between them and a detachment of homicidal sappers. No news has been heard from the beleaguered Exile settlement since their last distress call, and with FCON trapped defending Thayd, things look grim for Tempest Refuge. Free Companies Commander Durek Stonebreaker has sent a group of Exile heroes to help turn the tides of war... but will they arrive in time?

To the north of Tempest Refuge lies the Crimson Legion’s base of operations, where the ruthless Colonel Audax leads a bloody Dominion campaign against the Exiles of Galeras. Within the base is a prison where Dominion intelligence agents subject Exile prisoners to dastardly experiments. Nearby, the Crimson fuel depot keeps Dominion war vessels fueled and armed for a sustained campaign of devastation against the Exiles. To win the war in Galeras, Exile heroes must help destabilize the Crimson Legion chain of command and destroy this Dominion stronghold!

To pave the way for a counterstrike, Commander Durek deploys his trusty second-in-command: Sergeant Kara. Accompanied by Exile heroes and a detachment of hard-charging Destroyers, Sergeant Kara must find a way to sabotage Crimson Legion operations and prepare for the oncoming assault. Only when the Dominion has been confused and weakened can the final battle for Galeras begin!

Down in Gale Canyon, violent whirlwinds meander about, sending hapless travelers spinning into the air - maiming some, killing others. Here the Exile Academy of Science has set up shop at Camp Dustdevil to study the nearby Eldan ruins, including the mysterious Eldan structure known as the Focus of Air. News of this discovery draws famed Exile xenotechologist Belle Walker to Gale Canyon, but the Darkspur Cartel has taken over the XAS digsite - preventing her or any of the other scientists from continuing their research.

Further down in the narrows of Veiled Canyon, a smaller group of XAS scientists have established a forward camp - but a number of key expedition members have disappeared while working in the field. The isolated scientists have been unnerved by the sound of war drums emanating from Thundercall Village, a settlement of native humanoids known as the Pell. The XAS are unsure of what to make of these strange neighbors. Who are the Pell? What secrets do they keep? And are they behind the disappearances? Even the XAS may need some help with this one....

A distress call from Skywatch summons all nearby Exile heroes to come to the defense of the beleagured FCON outpost. War raiders - the remnant of Dominion forces in Galeras - have crossed Gale Canyon and begun attacking outlying farms. The last remaining farmers must be evacuated and the raiders hunted down, a task Commander Durek Stonebreaker has come to personally oversee. But the situation grows volatile when the remaining Dominion forces choose to hide out in the sacred temple of the savage winged barbarians known as the Falkrin. Consumed by vengeance, the Granok commander will do anything to destroy the Dominion - even if it means starting another war…[1]