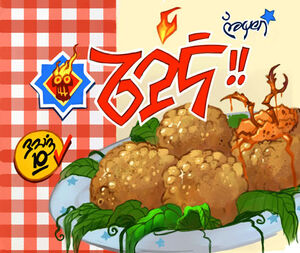 The Protostar Corporation is the largest and most successful privately-held company specializing in any and all aspects of trade, defense, exploration, real estate, and nutritional simulation sciences in the known universe. Founded by noted entrepreneur Phineas T. Rotostar, Protostar's profit-seeking army of templatized clones and reprogrammable bots offers goods and services guaranteed to provide a legally reasonable percentage of value when compared to their actual price. Seeing in the legendary planet Nexus limitless opportunity for profit, Protostar has been a permanent presence there since its discovery. Protostar is available to handle almost any job that needs doing with their armies of bots and their ostensibly efficient corporate culture - but their efforts often fall victim to managerial incompetence, internal power struggles, and crushing corporate bureaucracy.[1] 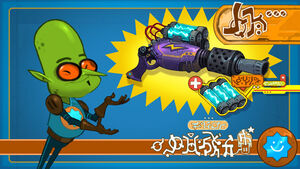 Protostar seems poised to make the most off of the resettlement of Nexus, having already rolled out a promotion for products to make both the trip and the settlement as easy as possible.[2]

The founder of Protostar. [WIP]

Protostar employees are a race of diminutive green Corporixian clones, all male, based on the DNA of Protostar CEO Phineas T. Rotostar. These clones come with all of Rotostar's personality quirks, especially his arrogance and obsessions with profit and efficiency, but are ready to receive Protostar-designed personality templates that would make them the perfect corporate employees. Clones do not possess individual names, but are instead identified by their titles in most situations. If a specific clone ever needs to be identified, an ID number can always be found imprinted under the left armpit. Fortunately such specific identification is rarely required.

Unknown to most Protostar consumers (which includes most of the known galaxy) Protostar clones are not completely identical to Phineas T. Rotostar. The CEO of the Protostar Corporation ensured that an otherwise insignificant genetic marker in his own primal pattern was not included in the ingredients of the Protostar Difference - the genetic formula that transformed the entire Corporixian species into genetic clones of himself.

Rotostar then included a specially designed protein which caused clones to recognize that marker as their superior - no matter the personality template or title that clone subsequently took on. Even the highest-ranking clone recognized the CEO as the one who calls the shots. And since Rotostar, like all business-minded master geneticists, insists on being present at the creation of every clone (either in person or, more commonly, via a holographic training simulacrum) these new Protostar employees imprint upon the CEO immediately upon attaining self-awareness.

This recognition manifests in absolute adherence to Rotostar's directives, which includes the entire Protostar Employee Handbook as well as pretty much anything he says to any particular clone. It's not dissimilar to a religious adherence to dogma, except in handy and slightly more profitable corporate form. This isn't to say that they pray to P.T. Rotostar or perform rituals or rites - they know they're in a corporation and trying to achieve their goals to the best of their ability - but that they do not question or debate the rules of the Protostar Corporation or the edicts of its CEO.[3]

Mocking stereotypical corporate culture's treatment of employees as disposable assets, easily chopped off or replaced as necessary, Protostar clones are killed and/or horribly injured on a frequent basis thanks to the often unsafe working conditions; any disaster is oftentimes evaluated on how much money is/will be lost, before the lives of the employees or the effect it will have on the immediate environment. Any mistakes on the part of a defective clone also has severe consequences, as Protostar has very little room for error and will happily order a recycle and replacement on the dot.

Any employee that meets an untimely demise, or under-performs, is quickly replaced with an almost identical clone, save for the ID number, or any improvements made to the template.

A Protostar operation is any site at which Protostar has established a long-term or temporary facility (no matter how small) to accomplish a specific goal. Protostar operations are usually specific to a primary goal - resource collection, marketing, and research are three common subjects - and often features that espouse the glories of profit such as Prosperity Station.

Protostar follows an extremely strict bureaucracy mired in red tape, with express approval of all superiors and forms required for almost everything, including the most routine of tasks like getting a hot, caffeinated beverage. (The wait is even several weeks long, and requires a reservation.)

The chain-of-command is also unsurprisingly muddied and littered with unnecessary positions, with a "Junior," "Senior," "Assistant," or any combination thereof prefix to most every job. Panicked employees are often stuck in disastrous situations, unable to do anything, because they can not properly file the forms necessary or have yet to hear back from upper management.

The quality of Protostar products is oftentimes called into question. While undoubtedly one of the largest suppliers of goods on Nexus, they are also quite possibly the worst. From their ongoing practice of taking land for housing from ancient burial grounds (typically leaving the homeowner to deal with their new supernatural infestation) to the fact that many of their products that not only don't work, but also do the exact opposite of their intended effect (their infamous Cure-All for their injured employees in the Protostar Honeyworks in Auroria comes to mind), exercising caution when purchasing anything from the Protostar Corporation is advised.

There was also the questionable practice of taking honey that has been spilled onto the ground and littered with chunks of dirt and building debris, repackaging it, then selling it as new Protostar "Crunchy Honey."

“
Does Protostar seem like a heartless corporation that will do anything in the name of profit to you? ... Wait, don't answer that.

Protostar has very little care for the effects their operations have on the local environment, so long as they profit. The most infamous example of this would be their operations in Area 77, Malgrave, where the Sandthorne Eco-Terrorists disrupted their operations for both mining the Loftite deposits of the valley, and recklessly powering their operations with fossil fuels recently dug up from beneath the sands.

Though Protostar mentions that their operations are always in compliance to their company's environmental preservation standards, one has to wonder what those standards are in the first place.