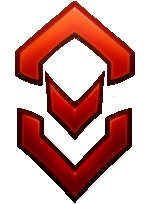 “
The day you landed on Nexus you joined the service. It’s a big, bad planet out there, full of vicious beasts, hostile natives, and alien invaders itching for a fight. Sounds like your kind of party. Lock and load, soldier. Time to report for duty.

Demolition. Destruction. War. Soldiers are hard-charging wrecking machines, throwing themselves into the heart of the battle, and claiming victory against impossible odds. Need someone to plant the flag and start cracking some skulls? Time to call a soldier.

Soldiers have come here to kick ass! Initiate epic battles, mastering new weapons and special combat skills as you smash your way up the ranks for fame, fortune and glory.